In 2017, men accounted for 84 % of the 2.7 million people in the European Union (EU) who were employed and who had an information and communication technology (ICT) education.

Among the EU Member States, the country with the highest share of employed persons with an ICT education who were men was Czechia (93 %), followed by Hungary and Poland (both 90 %). In contrast, there were three EU countries where this share was 75 % or below: Bulgaria (66 %), Ireland (73 %) and Romania (75 %). 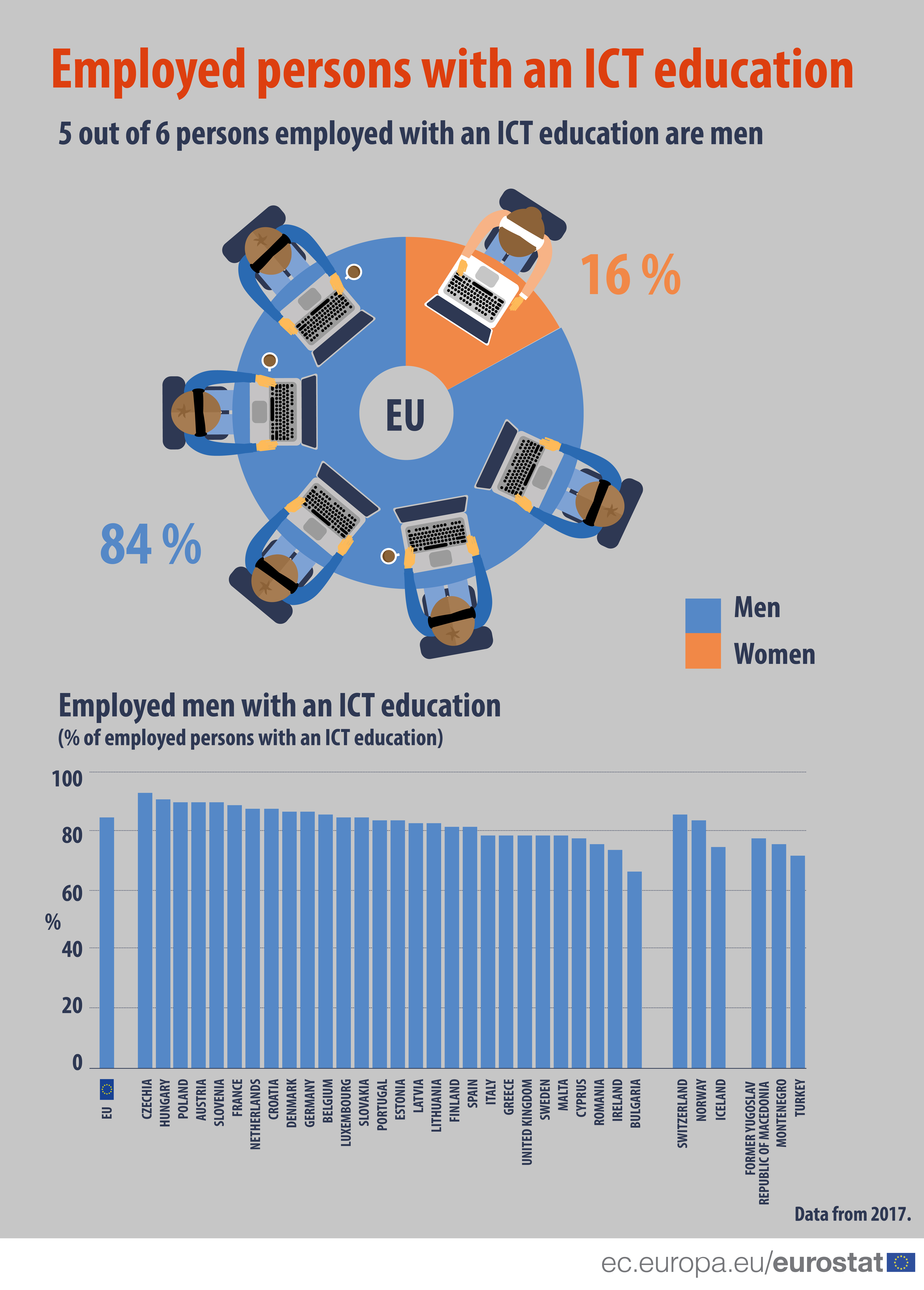 Maintainance for the newspaper

The European Commission believes the border control can proceed

May 17: Hot and sunny weather expected in the south of Norway

Reopening of Equinor’s plant on Melkøya postponed by one week